At the end of last October, Resolution (410/2019) was published, which regulates the access and use of genetic resources in research and development activities for new products derived from biodiversity, following the international directives already incorporated into the national system.

In March of 2017, the Nagoya Protocol (Law 27.246 from December of 2015) was fully incorporated into the Argentinian legal system, which compliments the Biological Diversity Convention (Law 24.375 from 1994).

The Biological Diversity Convention from 1992 has three clear objectives: i) Preservation of biodiversity; ii) Sustainable use of its components; iii) Fair and equitable distribution of benefits derived from its use. With Nagoya, the objective is to achieve an equitable regime for the distribution of benefits derived from the commercial use of genetic resources.

Autochthonous (of national origin) products derived from the use of mushrooms, plants, animals, and microorganisms (biodiversity), would be covered by this regime; therefore, should trademark and patent agents take this regulation into account?

In Colombia and the rest of the countries in the Andean Pact (Andean Community of Nations – CAN), the decision that would affect them is Decision 391, which regulates the Access to genetic resources and in relation to Intellectual Property mentions in the second complimentary Disposition that, “Member countries will not recognize rights, including those of intellectual property, over genetic resources, products derived or synthesized, and related intangible components, obtained or developed from an access activity that does not comply with the dispositions in this Decision”. To this extent, both in CAN countries, as well as in Argentina, each State has the possibility of granting the appropriate access authorization to the use of genetic resources through a “Prior Informed Consent (CFP)”. It is optional for each State, to regulate said authorization for use for this particular case.

In view of the above, at the time of trying to obtain an Intellectual Property right that involves a biodiversity product, or establish the conditions of use for this intellectual property, consideration must be taken if the product in question has the appropriate authorization for access granted by the State (CFP), and in that case, with what restrictions (or not) said use would be granted, for the future result of the investigation to be marketed or used in light of the Intellectual Property norms (trademarks, patents, copyrights, and the like) in effect in each country.

For My Brand by Paola Laurini 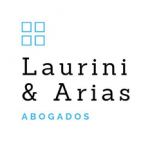