San Diego – Google recently won a lawsuit which challenged the validity of the Google trademark. Under U.S. trademark law, trademark rights are lost when a trademark becomes the generic name for the goods or services for which it is used. Several brand names have succumbed to this tragic occurrence known as genericide. 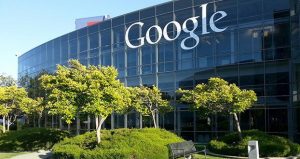 In Elliott v. Google, the Plaintiffs filed the case in the 9th Circuit in California and after losing, petitioned to the Supreme Court to hear the case. The case alleged that Google has become a generic verb for searching something on the Internet via a search engine. According to the petition to the Supreme Court, “There is no single word other than Google that conveys the action of searching the Internet using any search engine.”

The three word term “search the Internet” would be the closet alternative. However, it is understood that despite the public’s use of “Google” as a verb, it does not tell us anything about how the public primarily understands the word itself.

The underlying ruling in the 9th Circuit found that “Google” may frequently be used as a verb, however it is still a brand. As such, the court held that Google remains a protectible trademark. The decision acknowledged that while “Google” can be synonymous with “search the Internet”, the company’s name is still distinct and seen by consumers to designate the source of services.

The Plaintiff’s, David Elliott and Chris Gillespie, claimed that the 9th Circuit’s decision was incorrect because creating verbs out of trademarks, such as “photoshopping” and “rollerblading”, should be encouraged because the “verbing” of trademarks fills holes in the language created by human progress and allows for more efficient and effective communication.

The U.S. Supreme Court ultimately rejected the petition for certiorari to hear the case without offering further commentary. The Ninth Circuit decision therefore holds and Google remains victorious. While Google is dominant for search engines, it is not so dominant that its trademark is in doubt. Even with the verbing of its trademark, consumers still clearly understand that there are other search engines such as Bing and Yahoo! and that Google merely denotes one of them.