Motorcycle manufacturer Harley-Davidson has secured $19.2 million in statutory damages in a trademark clash with t-shirt designer SunFrog, in what is Harley-Davidson’s largest-ever trademark infringement win.

In May last year, Harley-Davidson accused SunFrog of selling counterfeit merchandise, including t-shirts, leggings and mugs, online through its platform.

Michigan-based SunFrog operates a platform which designs and sells print-on-demand clothing products to consumers, who are invited to upload designs onto the website.

SunFrog was also accused of facilitating the advertisement and promotion of the products on social media sites by providing its sellers with sales-tracking tools and offering tutorials for social media marketing.

“In March and April of 2017 alone … the infringing products offered on SunFrog’s website have featured more than 100 different infringing designs comprised of or containing the Harley-Davidson marks on thousands of products,” said the suit.

In late May, Harley-Davidson moved for a preliminary injunction.

SunFrog filed a brief in opposition, claiming that Harley-Davidson’s concerns had been resolved and that the motion was “moot” because SunFrog was no longer selling the infringing products and not allowing repeat infringers to sell any such products. 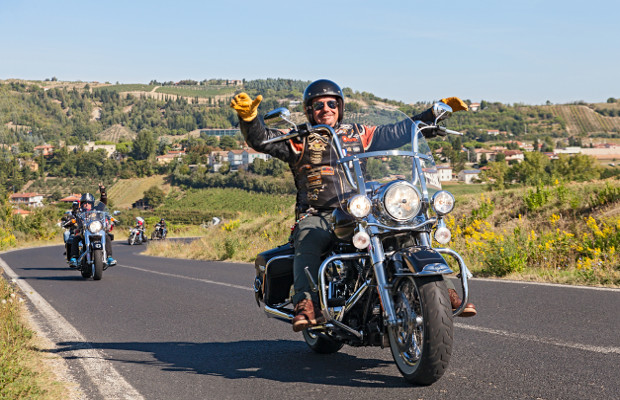 But the infringement continued, according to the US District Court for the Eastern District of Wisconsin. Harley-Davidson’s motion had identified 115 different infringing designs available during May 2017, and 93 of those were still available a month later.

The court granted a preliminary injunction but SunFrog continued its infringement.

The court noted that Facebook adverts that feature SunFrog products bearing Harley-Davidson’s marks attract wide exposure—five separate adverts for five different products bearing the trademarks had a combined total of more than 116,000 reactions, more than 3,300 comments, and more than 31,000 shares.

Stadtmueller also noted that SunFrog had typically taken at least two days and even as long as seven days to deactivate infringing product listings when Harley-Davidson had provided the online platform with a link to the product.

Harley-Davidson’s motion for partial summary judgment was granted, with the court awarding $19.2 million in statutory damages for wilful counterfeiting and entering a permanent injunction.

This leaves only two matters for trial: the amount of compensatory damages to award for any non-counterfeiting acts of infringement, and liability and damages on Harley-Davidson’s claim of copyright infringement.

Josh Kent, SunFrog’s founder, said it was a discouraging day for SunFrog and the entire print-on-demand industry.

“Because this is an ongoing legal matter, we do not want to substantively comment on it at this time. Our legal team continues to explore all options in this matter and we are hopeful that SunFrog and Harley-Davidson can come to a mutually-beneficial resolution,” he added.

In December last year, Harley-Davidson obtained a permanent injunction against a group of counterfeiters allegedly running internet stores to sell fake goods to US consumers.